We are The Sioux Chef.

We are committed to revitalizing Native American Cuisine and
in the process we are re-identifying North American Cuisine
and reclaiming an important culinary culture long buried and often inaccessible.

More about The Sioux Chef

OWAMNI by The Sioux Chef 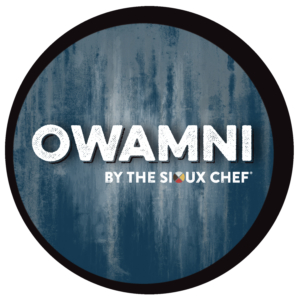 We are so excited to launch our long awaited full service restaurant on the banks of the sacred Haha Wakpa (Mississippi) in downtown Minneapolis.  We prioritize purchasing ingredients from Indigenous producers first, along with featuring many wild flavors that make up our Indigenous pantry.  We believe there should be Indigenous restaurants in every region and city featuring the true flavors of North America and celebrating our amazing and diverse Indigenous cultures through food, music, and story.  We have cut out colonial ingredients including wheat, dairy, cane sugar, pork and chicken, so our offerings are naturally gluten free, dairy free, cane sugar free, soy free and pork free!  Come dine with us and experience true North American cuisine!

Owamni by The Sioux Chef 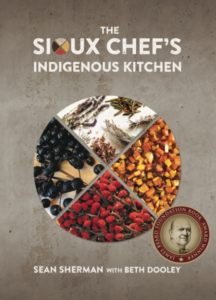 Winner of the 2018 James Beard Award for Best American Cookbook

Named one of the best cookbooks of the year by NPR, The Village Voice, Smithsonian Magazine, UPROXX, New York Magazine, San Francisco Chronicle, Mpls/St. Paul Magazine and others.

The Sioux Chef’s Indigenous Kitchen is a rich education and delectable introduction to modern indigenous cuisine of the Dakota and Minnesota territories, with a vision and approach to food that travels well beyond those borders.

NATIFS is launching the Indigenous Food Lab in Minneapolis as a place for: